Can crypto go green? Major companies are trying — but it's easier said than done

Tucked away in snowy Swedish Lapland is a modern-day gold mine. But instead of picks and shovels, it's filled with thousands of computers.

These machines, known as mining rigs, are working around the clock to find new units of cryptocurrency — in this case, ethereum, the second-largest token globally.

To do so, they must compete with others around the world to find the answer to a complex math puzzle, which grows in difficulty as more and more computers, known as "miners," join the network. The aim is to ensure the security of the system and prevent fraud.

The whole process is underpinned by something known as "proof of work." And it uses up an incredibly large amount of energy. Bitcoin, the world's biggest digital currency, also uses this framework. It now consumes as much energy as entire countries.

Governments around the world are growing concerned. Some countries, such as China, have gone so far as to ban crypto mining outright.

The mine in question, a warehouse-like building located in the military town of Boden, houses 15,000 of these mining rigs in total. At 86,000 square feet, it's bigger than a standard soccer pitch.

The facility is run by Hive Blockchain, a Canadian firm that focuses on using green and renewable energy to mine crypto.

Hive's Swedish operation is powered by a local hydropower plant in Boden, in the north of the country. The region is renowned for its surplus of cheap, renewable electricity.

"In the north of Sweden, 100% of the power is either hydro power-based or wind power-based," Johan Eriksson, an advisor at Hive, said. "It is 100% renewable."

Eriksson says crypto miners are using excess energy capacity that would have otherwise been wasted — in other words, it's not required by households in the region.

But the vast amount of power needed to run operations like Hive's has alarmed officials.

Finansinspektionen, the Swedish finance watchdog, is calling on the European Union to ban crypto mining due to its huge energy usage.

Development of electric vehicles, batteries and fossil-free steel should take priority over crypto mining, she said.

"There are alternative consensus mechanisms to proof of work available that would significantly reduce the energy consumption," Ericsson added.

“We do not regard it as reasonable to exclude Bitcoin and the crypto world from the work being undertaken by other sectors of the economy to improve energy efficiency.” 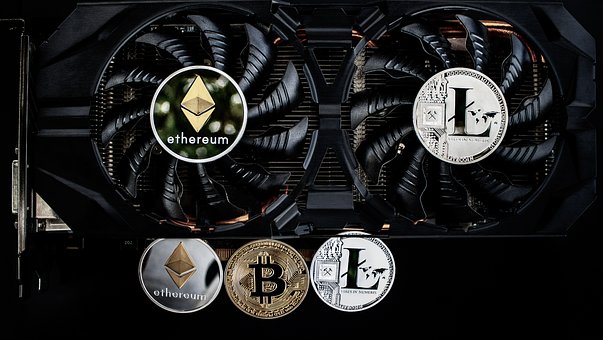 Edinburgh-based crypto firm Zumo is part of the Crypto Climate Accord, a coalition of companies that aims to achieve net-zero emissions in the crypto industry by 2030.

Kirsteen Harrison, Zumo’s climate policy advisor, says the initiative is working on a piece of software that would be able to verify the source of energy used in mining crypto as renewable.

“There’s quite a lot of trials going on with that at the moment,” she said. “If that’s successful, then hopefully that will filter out to the rest of the sector.”

Simply decarbonizing the production of cryptocurrencies may not be enough though, according to some activists.

Greenpeace and other environmental groups are calling for the bitcoin community to replace its proof of work mechanism with one called “proof of stake” instead. That would remove the huge computational cost of verifying new crypto transactions.

Ethereum is currently in the middle of a lengthy transition to proof of stake, a move advocates say would reduce its energy consumption by over 99%. And other cryptos, like cardano and solan, already operate on proof of stake networks.

But, as Harrison explains, moving a cryptocurrency like bitcoin away from proof of work is easier said than done.

“I don’t believe that there’s an option to do away with proof of work, precisely because not one single player has control of the system,” she says.

Not everyone’s on board

Although Hive and other crypto firms are increasingly turning to green energy to fuel their operations, there are plenty of others who aren’t yet on board with the shift to renewables.

Some are deliberately using gas that would otherwise be flared to generate electricity for crypto mining, for example.

Since China banned crypto mining, bitcoin’s backers had hoped this would make the cryptocurrency greener.

But a peer-reviewed study released in February found bitcoin mining only got dirtier in 2021, with miners actually flocking to regions that more reliant on coal and other fossil fuels, including Kazakhstan and southern U.S. states like Texas and Kentucky.

Part of the problem is the decentralized nature of cryptocurrencies like bitcoin. While there are various groups now claiming to represent the industry, bitcoin has no central authority and anyone can participate in the network.