Global central banks are playing catch up with the Fed

When the Fed made an abrupt pivot to more aggressively raise interest rates last week, it wasn’t just Fed watchers stateside that blinked.

The whole world did as well, triggering an international scramble to defend foreign exchange rates while addressing the larger problem of global inflation.

In the days following the Fed’s 0.75% rate hike, the Bank of England moved to raise interest rates, the Hungarian central bank unexpectedly raised its one-week deposit rate, and the Swiss National Bank raised rates for the first time since 2007.

In Australia, policymakers are eying the largest move the Reserve Bank of Australia has ever made in a single meeting. And jurisdictions with negative interest rates, where rate hikes were once unthinkable, are now pondering if they, too, need to move.

The European Central Bank said it will move in July to hike rates, and speculation is building that the Bank of Japan — considered to be the most rate-hike-averse major central bank — may soon be forced into a hike as well.

“This process – and the global spillovers it implies from US monetary policy – could drive over-tightening and a global recession,” Evercore ISI analysts warned last week.

Supply chain snags related to the COVID-related shutdowns in China and the war in Ukraine have similarly led to high inflation around the world. But much like the American conversation around rate hikes, the concern is that higher borrowing costs will also handicap growth prospects worldwide.

The problem for foreign central banks? They may not have a choice. 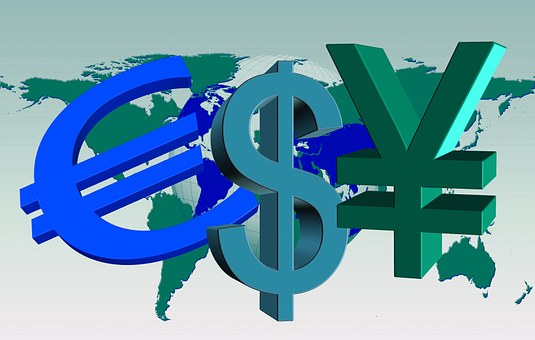 At the heart of the race to raise rates: defending the relative strength of domestic currencies, or what FX analysts are calling a "reverse currency war."

In a typical "currency war," central banks intervene to depreciate their domestic currencies to boost exports or encourage more direct investment from abroad.

Even the Bank of Japan is being tested on what it prioritizes more: FX stability or its dovish rate policy. The Japanese yen has fallen 16% year-to-date to as high as 136 against the U.S. dollar, a 24-year low.But raising rates may further entrench the decades-long streak of tepid growth that Japan can't snap.

The BOJ made itself clear after the Fed meeting last week, and did not waver on its commitment to its -0.1% policy rate. ING analysts said the "announcement firmly reiterated the message that tighter monetary policy is not on the cards despite currency weakness."

Japan, however, remains an outlier.

With inflation remaining a global phenomenon, particularly in Europe, the impulse from central bankers to match the Fed in raising rates is high.

Dimming growth prospects in Europe and Asia had already driven money into U.S. dollar-denominated assets. Now, a more aggressive path of rate hikes in the U.S. is making it even more attractive to park money at U.S. banks in U.S. dollars, instead of at foreign banks in foreign currencies — where deposit rates might be comparably lower.

The Fed is always quick to remind markets that its priority is the U.S. economy, not foreign exchange markets.

But as steward of the world’s reserve currency, what the Fed does will always have ripple effects. And in this case, those ripples are being amplified around the world.